Michael Bloomberg’s big spending on ads has generated headlines since he announced his 2020 run for president, but another candidate has spent even more on TV commercials since then. 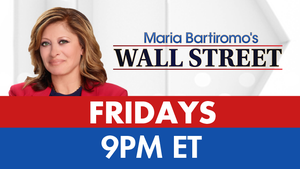 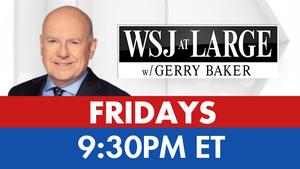 Sophia Nelson: Getting rid of payday loans won't protect our most vulnerable. It will destroy their safety net

Chris Hogan: How to have the happiest Christmas ever (I dare you!)

Martin Fraenkel: The beer industry is in trouble but price fixing is not the answer

Leading senators are urging Medicare to allow seniors concerned about their drug plan pick for next year to switch if they received inaccurate information due to changes the agency made this sign-up season.

Trek voluntarily recalled one of its bicycles after a defective bolt caused a rider to fracture their vertebrae.

A settlement between the state of Iowa and three of its Department of Revenue workers whose genitals were secretly photographed by a male colleague while they were going to the bathroom won't bring the matter to a close, as files found on the fired employee's work computer show he may have victimized dozens of other men.

Vice president and chief investment officer at the University of Notre Dame Scott Malpass tells FOX Business' Gerry Baker some of the more tuition-dependent schools are starting to go out of business.

Twitter feuds start again in wake of Amazon new move "back" to NYC.

“Some of the more tuition-dependent and middling-reputation institutions are starting to go out of business, and we will see more of that," University of Notre Dame vice president and CIO Scott Malpass said.

Hedge fund manger Steven Schonfeld and his wife are now the proud owners of a $111 million Florida estate.

The post drew a “like” from New England Patriots quarterback Tom Brady. Brown played one game for the Patriots earlier this season before he was released.

Your new TV could provide hackers a backdoor into your home, the FBI warned.

Cornerstone OnDemand founder and CEO Adam Miller said if companies aren't willing to help train you, you should get a new job.

“Some of the more tuition-dependent and middling-reputation institutions are starting to go out of business, and we will see more of that," University of Notre Dame vice president and CIO Scott Malpass said.

Former foreign policy adviser under Margaret Thatcher, Nile Gardiner, discusses the protests in France and the state of foreign countries compared to America.

The defamation lawsuit against Tesla CEO Elon Musk was tossed following a jury trial on Friday.

The year-round resort can make 5,500 tons of real snow per day.

'Experiences are really becoming the final differentiator between one brand and another,' retail expert Doug Stephens said.

College graduates never seem to fit professional experience qualifications on job apps, but this startup plans to squash it.

Buttigieg said he believed that “McKinsey should release the client list of the clients that I served."