The Chinese auto market is on track to contract for second year, dragged down by a tariff war with Washington. 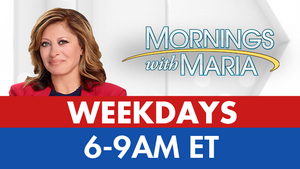 Lt Gen Michael Ferriter: What millennial veterans can bring to your company

Curtis Ellis: When will the US roll back China tariffs? When Trump says so … don't be fooled by anyone else

Some Americans received delayed texts – going back to Valentine’s Day – from loved ones, some even from exes or deceased people. ‘The CyberGuy’ Kurt Knutsson breaks down the situation.

According to a recent Veterans of Foreign War survey, 90 percent of its members said they go to the VA for their health care.

The Chinese auto market is on track to contract for second year, dragged down by weak demand in the face of cooling economic growth and a tariff war with Washington.

He is the 39th president of the United States.

How one veteran is using her two cars to make some cold, hard cash.

Robin Burdette is the founder and owner of the Blue Ridge Fudge Lady in Pulaski, Virginia. Fudge had always represented joyful memories for Burdette.

You don't need to be wealthy to warrant help from a financial adviser.

Aventura Technologies, Inc. has sold at least $88 million in technology to customers, including the U.S. military, under the guise that the company’s equipment was made in America.

The global space industry was valued at about $345 billion in 2016.

The union accuses the UC system of unfair labor practices.

'Put a small amount of your paycheck into your 401(k), even if you don't think you can afford it,' Cathy Clauson, a senior vice president at AssetMark, said.

The strike would have shuttered mental health services at roughly 100 facilities.

Edwin Stephan served as an Army lieutenant in the Korean War and received two Bronze Stars.

Snag a comped meal at these patriotic food establishments.

The meeting between Brown and NFL investigators was expected to take place on Nov. 14, the NFL Network reported, citing sources familiar with the matter. The league has had an active investigation into Brown since September, when his former personal trainer filed a civil lawsuit accusing the NFL star of sexual assault during three encounters in June 2017 and May 2018.

There is no love lost between Elon Musk and David Einhorn.

Sanders and Warren have a lot in common - but not when it comes to the existence of billionaires.

Down nearly 27% from last year, the sluggish weekend allowed for a few big surprises, however.